So, if you were thinking of getting Neofeud, I recommend doing it by this Saturday, because until April 9th: 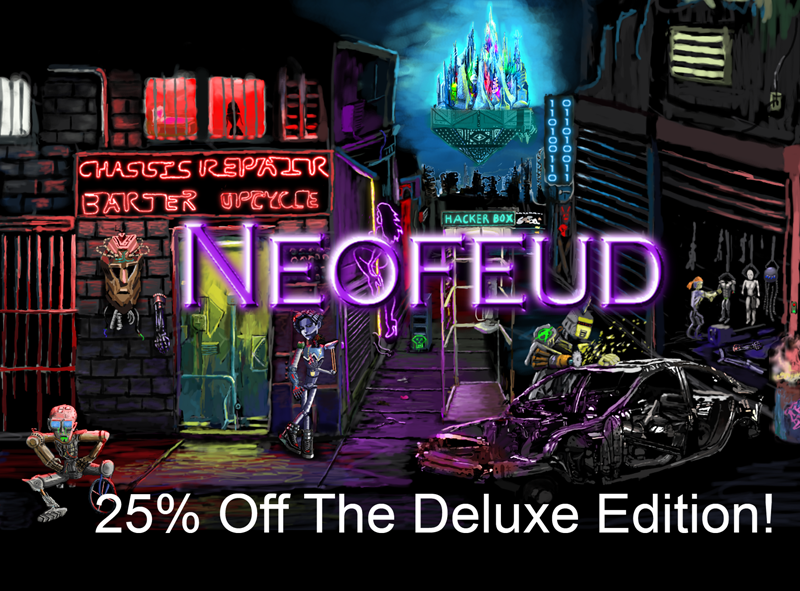 In addition, I'm currently working on a 'Let's Play' Walkthrough for Neofeud (because boy are my fingers tired of typing out hints to the growing number of Neofeud players!)


Which essentially means you get the entire soundtrack (2 1/2 hours of music) and the original screenplay, for free!

In addition, if you're more of a bookworm type, Neofeud - The Original Script is now available on Lulu for four bucks.

Neofeud has been featured this week on Game Jolt! 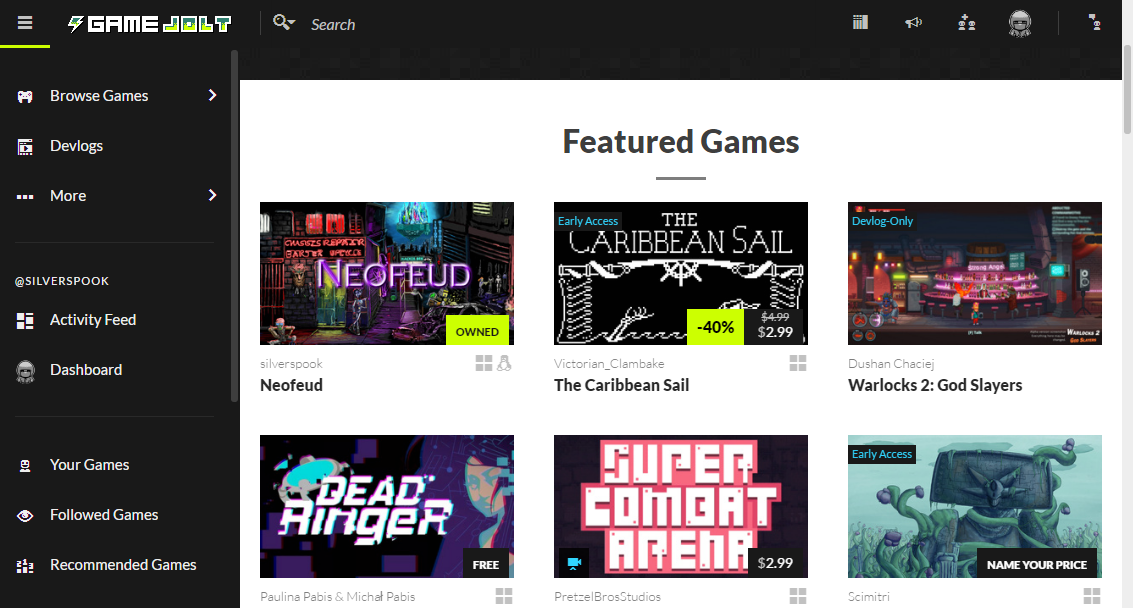 So what's next for Silver Spook Games?

A Neofeud 2, or another Silver Spook Games project is on the proverbial 'table' at the moment, but this is of course contingent on the success of Neofeud 1. If I can free up enough time and make the finances work (I'm a husband and dad with two kids so I've got other 'stakeholders' to pitch to) then there is definitely the possibility of a sequel in the cards.
I am in talks with some other folks and there are a lot of potential projects on the table. It's still early days post-release of Neofeud, so we'll see how well the game does, and go from there. There are a few things in the protean phase, but it is kind of top secret right now!
Posted by Unknown at 8:12 PM